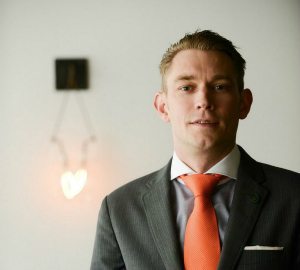 Ian Burrows is too modest to tell me that he is an Advanced Certified Sommelier ( bearer of the Advanced Certificate from the Court of Master Sommeliers since 2009) – or that he has worked in various Michelin-starred restaurants. These were facts I had to find out for myself in the face of his reasonably humble self-designation as sommelier "offering unique sales and marketing solutions to wineries and restaurants."

Even there he's being far too self-effacing: he owns the company Consulon, whose website describes it as a "full-spectrum wine consulting, sales and marketing company serving consumers, restaurateurs, retailers and wineries."

UK-born Ian is based in Portland, Oregon (USA). Here is a man who, despite a vast breadth of wine knowledge and experience – making it, naturally, a challenge for him to admit to favourites – yearns for "a return to the sincere enjoyment of wine as a refreshing beverage and accompaniment to the table and celebration of friendship." Such lack of pretentiousness, such absence of snobbishness, is a positive joy to hear in a world which has become so full of affectation, showing-off and one-upmanship within the hospitality industry.

And this from a man who, during his period as Wine Director at Atelier Crenn, was frequently opening "coveted bottles…by the likes of Coche-Dury, Nikolaihof, Chateau's Musar, Haut-Brion, Palmer."

Currently, however, what Ian is enthusing about are red wines from the Gamay Noir grape grown in Willamette Valley, or Beaujolais, mentioning as recent standouts the Seven Springs Gamay, Eola-Amity Hills, both the 2013 and 2015 vintages ("beautifully ripe and racey".) It seems in fact that, if there were to be a tendency, it's these lighter reds that Ian favours, but if drinking white he speaks reverently of the ancient Obadieh grape of Lebanon – "some of the most profound dry white wines I have ever tasted" being made from it – and citing Chateau Musar of Bekka Valley. Similar to a Semillon, "it tends to mature into a wine with a wildly exotic-spice and fruit perfume, and closing your eyes whilst tasting can transport you to your very own imaginary Tunisian market." Otherwise, as far as whites go, Ian is very keen on the full range of aromatic wines, produced by M.Deiss, from Alsace (France).

Back to reds, however, there is one wine Ian mentions which, despite the near-impossibility of naming favourites, he concedes is among favourites he admits to recognising. It's South Australia's Noon Eclipse from the Noon family in the McLaren Vale and it exemplifies the quality that most intrigues and excites him about fine red wine, namely "the seemingly effortless attention to detail vintage after vintage by a given producer."

These Grenache- and Shiraz-based wines are, according to him, near-perfection, and showcase "the region, vineyard, house-style and cultivar." He goes on to suggest the symphony of an 8 – 10 year old Noon Eclipse paired with a simple grilled rib-eye and sour cherry condiment (and that's something else I  had to find out on my own: Ian has worked extensively as a chef…).

Speaking of wine and food matches, he recommends Code38 members try coupling a spring roast leg of lamb with ras el hangout spices and pistachio and dried fruit-studded couscous with a mature (20 year old) bottle of Chateau Musar (available direct from Broadbent Selections, Richmond VA for those fortunate enough to live in the area).

Ian tells me that his most memorable wine experience was the blending, in October 2006 then again in 2007, at Domaine Vissoux with Pierre Marie Chermette and Tim Johnston for Juveniles Cuvee Beaujolais. Another, recent, Beaujolais moment stands out for him as well when he tasted the Clos de Roillette, Fleurie.

Every single bottle of wine he opens with his Code38 is, he says, a joy – but the two qualities he most admires in his wine knife are "balance and eye-catching beauty."